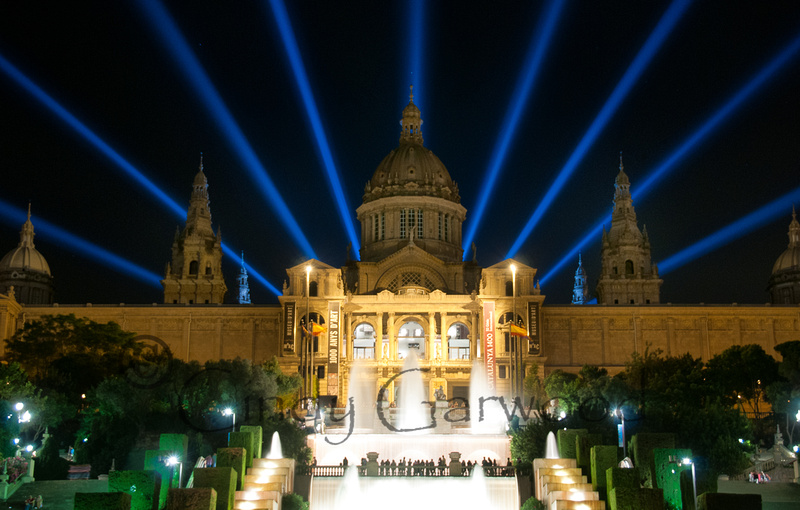 TRAVEL Through My Lens to Barcelona Spain.


The old town, or Ciutat Vella, is the heart of the city. It's made up of many small neighborhoods, full of old-world character, linked by narrow, winding streets. Students, foreigners and artists thrive in this area, attracted by its sense of history and cosmopolitan feel along with its trendy bars, concert halls and good restaurants.  Start your tour from Plaça Catalunya and take Les Rambles (or Las Ramblas in Spanish) towards the sea. On the right, you'll find the Raval district with its museums, art galleries and notorious red-light area, Barri Xines. On your left, the medieval Barri Gòtic (Gothic Quarter) is home to the cathedral, peaceful Plaça del Pi , art galleries and lots of cafes serving delicious hot chocolate. If you go even further left, across busy Via Laietana , you'll come to Born market, in La Ribera district. This trendy neighborhood is also home to the graceful Santa Maria del Mar Church and the impressive Museu Picasso .

When the old town became overpopulated in the mid-19th century, the city expanded inland, north of Plaça Catalunya. The streets of the new suburb, called L'Eixample , or "The Extension", were laid out in a grid pattern. Catalan modernista (Art Nouveau) architects designed a number of striking buildings in the area around Passeig de Gràcia and Rambla Catalunya.  You'll find the extraordinary Sagrada Familia on the right-hand side of L'Eixample if you're coming from the Old Town. This controversial church, unfinished because of the untimely death of its architect, Antoni Gaudí, in 1926, has become the city's most visited monument.  As Barcelona expanded further north, more new neighborhoods were built. Villages were absorbed within the city boundaries giving rise to districts like the charming Gràcia , Les Corts , Sarrià and Hortà-Guinardò, up in the hills.